Skew Gaussian Processes allow a closed-form expression for the posterior and predictive distribution for regression, classification, preference and mixed problems with computation complexity of O(n^3) and storage demands of O(n^2) (same as for GP regression). This software library provides a unified framework for closed-form nonparametric inference for a large class of supervised learning problems. 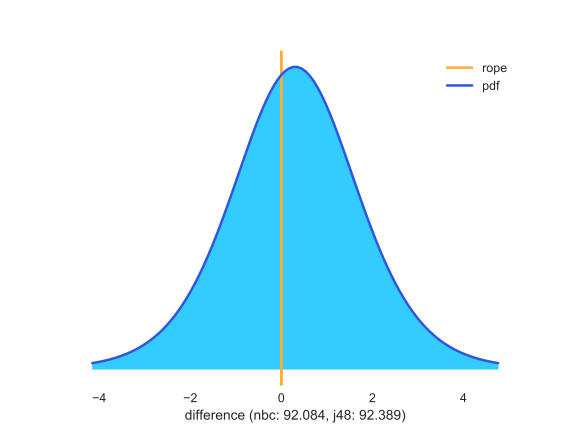 BayComp is a library for Bayesian hypothesis testing for machine learning. This project aims to use modern algorithms ("Dirichlet process", "Markov chain Monte Carlo") to apply Bayesian analysis for assessing/comparing algorithms performance in machine learning. We have implemented the tests in Python and they can be installed via pip. We use Ipython notebooks to illustrate SW use.

This project aims to use modern algorithms ("Dirichlet process", "Markov chain Monte Carlo") to apply Bayesian analysis for assessing/comparing algorithms performance in machine learning. We have implemented the tests in R, Python, Julia and STAN. We use Ipython notebooks to illustrate SW use.

Matlab code and functions for the testing scenarios analysed in "A tutorial on uncertainty modeling for machine reasoning" The tutorial reviews the prevalent methods for model-based autonomous decision making based on observations and prior knowledge, primarily in the context of classification. The paper covers the main approaches to uncertain knowledge representation and reasoning, in particular: Bayesian probability theory, Possibility theory, Dempster-Shafer belief functions theory (using transferrable belief model) and Imprecise probability theory

Bayesian methods are ubiquitous in many research areas. Nevertheless, the analysis of empirical results is typically performed by frequentist tests. This implies dealing with null hypothesis significance tests and p-values, even though the shortcomings of such methods are well known. The IDP Statistical Package aims to change this perspective by providing Bayesian nonparametric versions of the most used frequentist tests. IDP is based on a Prior Near-Ignorance Dirichlet Process.